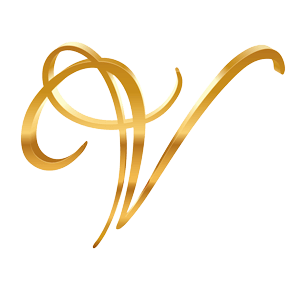 Robert Procop’s involvement in the upper tiers of the jewelry and gemstone industry runs a course that has immense depth and breadth.

At an early age, Robert Procop found himself captivated by the most mysterious and coveted of all jewels – the diamond – inspiring a lifelong passion, which has seen him explore the globe in pursuit of the rarest gemstones. During his teenage years, Robert began demonstrating such remarkable acumen as a gemstone trader that he was able to fully support himself while attending university. During this time he opened his first retail store, Diamonds on Rodeo, on Rodeo Drive in the heart of Beverly Hills. Creating unique jewels for elite clientele and securing his first presidential commission with President Ronald Reagan solidified his reputation as both a trusted and innovative jeweler.

His talent and reputation swiftly positioned him as a business leader whose Midas touch could transform company performance. He spearheaded significant reversals during times of trouble for the most historic and exclusive jewelry companies in London. As CEO of the Crown jeweler of the United Kingdom, Asprey & Garrard, he restructured the organization to form two separate entities – Garrard & Co. and Asprey – both of which he subsequently led in succession as CEO.
​
Aside from business, Robert’s devotion to charity has expanded by collaborating with Angelina Jolie on a collection. The Style of Jolie collection donates 100% of its profits to The Education Partnership for Children of Conflict. Several primary schools have already been completed including one in a high conflict region of Afghanistan. Plans for subsequent schools have already begun in areas of great turmoil and dangerous conflict. Also bringing awareness to the cause, Angelina and Robert were recently honored by having a necklace specially selected for permanent placement in the Smithsonian Institute.

Robert’s philanthropy is extensive as he has worked closely in the rehabilitation and funding for the Los Angeles based non-profit organization House of Ruth. Recently, Robert acquired twelve new homes in support of further permanent housing. Brooke Shields, a close friend of Robert’s for many years, has given her support to the charity by designing a new collection with Robert called Legacy Brooke. Funds from this collection will help benefit several new projects for the House of Ruth.

Just as charity is his passion, so is the joy of locating large gems and crafting magnificent settings around them. It is this knowledge, talent for gem sourcing, and design ability that has resulted in his namesake collection, Robert Procop Exceptional Jewels — which has been placed in only the finest quality, high-end retailers.

Due to his expertise in the diamond industry, Robert has recently been appointed Editor in Chief of Lord Ian Balfour’s famous industry tome, Famous Diamonds. Robert is honored by the prospect of carrying forward Lord Balfour’s incredible legacy through future editions of this highly esteemed publication and also continuing to provide the world with inventive and exquisitely crafted jewels.

There are no reviews yet.

Be the first to review “Robert Procop” Cancel reply